This title is completely random

5 years, 8 months ago by jaynityananda in Personal Sadhana Reports, Special Category A

I hope this letter meets you in good health and good spirits. It's been a while since i last wrote you. In my last letter i wrote that Benelux council cancelled the magazine, and that i felt like dropping the service that would follow. After writing you, i decided that would be very childish and i decided to do whatever came up. Besides that, i filed a complaint against the impersonal tactic of making decisions without asking input from those involved, and because of that the council decided to keep the magazine on for one more year to see how things developed. That was interesting.

HpS - ASA - AGTSP paoho.  Very nice to hear from you!!!  How is your family?  Also very nice to hear about your dealings with the Administration and the magazine. Paper copy magazine? On-linne Blurb?   Seems little paper copy by someone in parallel with the the E-zine, no? Best damn periodical in Europe! People clammering to submit articles.

The Benelux yatra is in heavy weather. Amsterdam Temple council was disbanded, and it is almost like a rudderless boat. Temple activities are going on but several groups of people have different ideas (some have only those, without helping practically). Deity worship is faltering, that is main concern for most people. With the upcoming obligation to move (August 2015) these are challenging times. I don't feel like involving myself in any way, because the list of people who got fried is endless. So is the list of people from the old days who got together again recently and are willing to do something for Srila Prabhupada. That is brewing. Time will tell what will happen.

HpS - Do what you can. This movement depends on you!

The Nama hatta's are also experiencing bad communication, and lack of strong and present national leadership is said by many to be the reason, also for Amsterdam.

Myself I experience dry times. I had a 5 day 64 rounds retreat during kartik, and that brought me much good, but at home i struggle to get up early and chant with gusto. Some days i've missed my rounds. Caught up pretty much everything, but i go through a drought. In my own leading kirtan also, the substance feels like missing. In our family i am the only one doing sadhana right now, and i feel like Srila Bhaktivinode Thakur, when he is singing:

One thing i learned after the retreat was done, was the enormous clarity i had and penetrating power of mind. It dawned on me that generally your classes from Hawaii, for the most part, seem to fly right over my head. This frustrates me. It is humbling.

The Journey Home book translation is halfway, so far so good. It's a personal struggle, and that is good. Of course, my drought will also change, as things tend to do usually, but in the meantime i have not much else to share. Family life had some big hills to climb, but this yajna is so necessary and i'm happy to get the chance. But in general, i think the main topic is that i'm an external devotee, wanting to get more internal and realistic, but struggling to do so. I guess i should see for a bigger timeframe where to see things in, accept things as they are. Is there anything you can say about that, Gurudeva?

With gratitude,
Your servant in the mission of Srila Prabhupada,

HpS - AGTSP. From your letter you seem to be doing quite well. Things are tough all over. This is Kali-yuga. Do what you can to help Lord Caitanya in Mission of giving he fallens souls the science of Krsna by getting inspiration from the Param-para, Rupa-Raghunatha, Srila Prabhupada, and then when you reach your limit pray for Krsna and Rama to help! Hare Krsna, Hare Rama and they will send people. Self-motivated people.

A King for Benelux!

Yesssssssss. . .  Big Picture.   Then you don't get bewildered by the little ups and downs and lefts and rights. If your family is following the four principles then they will be inspired by whatever example you set. Shoot for nice time together in the morning and evening.

Finally, the Full-Morning-Progarm [FMP] results because we have association. That's how we are doing it. Our Buddy, our Body, says, "Just five more minutes of  szleeeeeep!!!", but our ego, says, "Hey, Buddy, everyone' gonna be on line at 4.30AM and you better have a good report and join the show!".

So, get some European partner. Call each other up. Have a conference call, daily, occasionally...

Give us more feedback on Hawaii Friday's we are trying to improve, make them part of our, your, Sankirtan!! 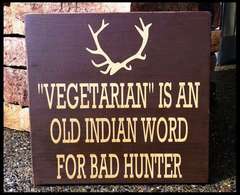 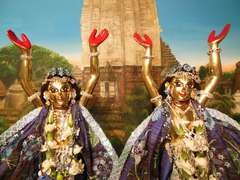 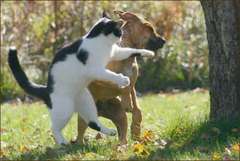 5 years, 8 months ago by Candrarekha Devi Dasi in Special Category A

Thanks for your reply, as your request, I will write again the question in Spanish and English.

5 years, 8 months ago by Alexa in Personal Sadhana Reports, Special Category A

Please accept my humble obiansces, all the glories to Srila prabhupada!

Maharaj remember  I told you in my first letters that I was taking care and worshipping Tulasi devi ?

I wanted to ask you, since Iam travellng for one month , is  it posible that a non devotee takes care of tulasi Devi? By taking care i also mean cutting the manjaris .  Can she tell the mantras in spanish when she takes the manjaris?

Ive heard that it is not convenient but this person takes care of our house when we are not here and she comes now three times a week to help me preparing the prasadam i have tought her how to make prasadam , i have told her who is tulasi devi ! She is a devotee of jesus christ, she is a religiuos person. The problem is that she eats meat.

What would you suggest Maharaj? I would love to take her with me because my sadhana is complete when i chant my sounds with tulasi devi but i cannot take her in the plane sadly.

My devotees friends will be aways in the summer also , wont be able to take care of her.

thank you Maharaj ! I hope you are very well !

My sadhana is going good! Looking forward to see you in peru in the summer!

HpS - Ask other devotees, but to me it would seem, by the mercy of Guru-Gauranga,  that if there is no one else to take care of Her then, yes, your house-keeper could cut the Manjari's to keep Her healthy.

First of all my letter, I hope you're much better health.

My report is rather short, I'm chant my 16 rounds daily, I am following my 4 regulative principles, attend the temple regularly.
My material and spiritual life are finally balancing. little time finish to read the Bhagavad Gita ago and started reading the nectar of devotion, in which the first chapter of my book, I have a important question I'm thinking and trying to understand.

2.pure devotional service is the beginning of all auspiciousness.

3.Pure devotional service automatically puts one in a state of transcendental pleasure

5.those who practice pure devotional service, even despise the concept of liberation

6.pure devotional service is the only means by which you can attract Krishna.

as I can understand these two points in this material life? or is totally transcendental?

Gurudeva thank you very much for reading my letter and for your time.
Please accept my humble obeisances again, and please too sorry for my bad english, I'm studying a little every day to improve my English<img alt="smiley" height="23" src="http://hps-d6.monkeywarrior.com/sites/all/libraries/ckeditor/plugins/smiley/images/regular_smile.png" title="smiley" width="23" />

you have a good and beautiful week.

your humble and eternal servant

HpS - AGTSP!  <img alt="smiley" height="23" src="http://www.hps.monkeywarrior.com/sites/all/libraries/ckeditor/plugins/smiley/images/regular_smile.png" title="smiley" width="23" /> Paoho.    I can't understand your question. Partly it is because the questions seems to be a little fine, so fine language is required.  Can you please ask again in Spanish with an English translation. Please, it seems like a question I also have! 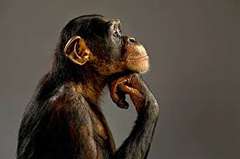 5 years, 8 months ago by mukta singh in Personal Sadhana Reports, Special Category A

All Glories to Sri Guruji Maharaja and Gouranga Maharaja

I am submitting my humble obeisances unto Guruji’s padmacharan and asking two questions for my personal advance knowledge.

Eka-kundalah : (Meaning) wearing only one earing.

Translation : Sukadeva Gosvami Continued ……. He pleases His personal associates, the heads of the demigods, by the sweet vibrations emanating from His mouth. Dressed in bluish garments and weariang a single earring, He holds a plow on His back with His two beautiful and well-constructed hands.

HpS - ASA - Very nice to hear from you, Manipur vaisnavas. I don't know. I read a few other places also that Lord Sankarsana, Balarama only wears one earring. Maybe somebody who reads this letter and answer knows and can tell us. Lord Balarama also likes blue cloth. I don't know why He has that preverence either??

HpS - I have had the same question before. I looked some places in the SB and could not find any more information. I think the "Rama" upon whom he meditates is Lord Sankarana. We chant Hare Krsna and let Krsna send the news if he wants to.

What are the differences between a Banaprastha and a Sanyas? Please clear my darkness.

HpS - ASA - First is Brahmacari, the Grhastha, then Vanaprastha. In this stage one goes to the "Vana" forest, to live a life close to God and increase his Japa etc. He may keep his own house and wife with him, but completely celibate. Then in San-nyasa, complete "nyasa", reunciation. The wife goes home to offer leadership to family and now man depends completely on God and travels and preaches and now no contact with wife, not even talking. Or couse, we adjust this in ISKCON to Kali-yuga, West, but is very powerful tool for helping us become fully sirrendered, efficiatnt tools.

5 years, 9 months ago by harsh_horse in Special Category A

hare krsna maharaj,pamho,
IIT B did not access to the journal, but a friend of ours in LOUISIANA STATE university, got it for us.
paper sent to you NIOS id

do u have gmail id?, by that (drive.google.com) you can easily just write Articles you need for you research.
regards,
horse

HpS - AGTSP! Thank you so much! We got the article in our Yahoo account. It will help so, so much! Thank you. We answered with copy to your friend.
Why not just write on our computer?