1 month, 2 weeks ago by damodara-dasa-vedic-inquirer in Hot Topics

please accept my humble obeisances - all glories to Srila Prabhupada

i wonder if you remember me. We met in 2013 at the GBC, guru sannyasi sanga. We were in the same breakout group. I was the facilitator.

I hope you are well.

I run a Facebook group called Vedic Inquirer. It’s all about child protection. We have had a few ISKCON leaders interview to give their thoughts on the topic. Would love to invite you to interview.

HpS - No, I don't remember your good self. It is painful!! Where are you? How are you? What are?

Yes, we can participate.

Can we get a copy to use for our own distribution?

2 months, 2 weeks ago by mercurio3 in Hot Topics

How are you? How’s your health? Where are you now? I’m writting you Maharaj because I sent you a letter like 40 days ago and haven’t received any reply yet.

If a person gets access to the celestial planets by worshipping a demigod, I understand that he gets to the demigod planet, but he or she falls when the sukriti ends, so he came to be a devotee there?

Thank you very very much!

Thank you very much for your letter!!!

Unless you put the FMP or Kapi Dhvaja Priority Code in the Title field you won’t get Tom Brown’s attention and it may be after we are all dead and in Goloka that you get an answer to your letter.

You can find the Priority Code at the seccion Letters to/from the Editor from our blog MkW.

Receive my obeisances and personal respects. The reason for this letter is to ask for your mercy to grant me 2nd initiation. These last 3 years I have been doing pujari service in Wilson Lima Mandir among other services, I have also finished Bakti Sastri and Arcana studies. I am very excited about your response and I turn to this letter since we are in a pandemic. Through Prabhu Abhiram Das I sent him the letter of recommendation from my authority, as well as some photos of my service. Which also forwarded them by this means. I also sent him my annual report with all my activities.

Hope to talk with you soon.

You seem to have many of the qualifications for second initiations. 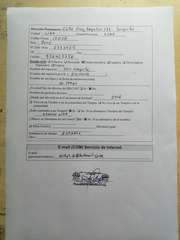 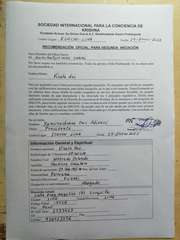 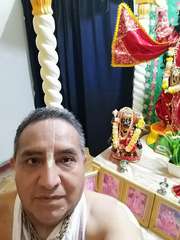 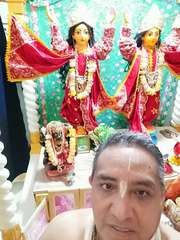 5 months, 2 weeks ago by caitanya.hps in Hot Topics

Today i just found out that someone send you some photos of me, I want to clarify that I publish some photos of me doing yoga and artistic photos that are not of sexual content, I am so transparent that I even have my mother on instagram and she is like a friend and understands my intentions but I also understand that there are bad-spoken people who think that everything is sex.

really that person who sent you those photos is dangerous and with bad intentions. I have always been honest with you and my family so I have nothing to hide.

HpS - Jaya, nice to hear from you. Nice to see you on Sunday. Hope your 16-4 is carrying you to dance with Krsna and the other boys!!

We did not get any photos.

Maybe they are buried in our Yahoo mail.

Make students for you and Prabhupada!

5 months, 2 weeks ago by YugalaKD in Hot Topics

Thank you very much for the letter, Yugala kishora Dasi.! We translated it with Google and it was about 75% good translation. Best thing is to send a general discussion of these topics here and we can give a general answer. Then we can arrange for more confidential discussion of details by e-mail with proper company.

We have gone through all these different kinds of problems with the Holy Names, no? They always give us physical and mental strength, and reawaken our spiritual character more and more, so that we can serve Radha and Krsna in whatever situation they place us!! 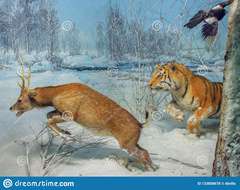 ORCHID FMP-PC // Obeisances, greetings, proposal and a little more from Santiago de Chile, the last place in the world...

5 months, 3 weeks ago by Carlos Rold in Hot Topics, Other

I hope you are in good health or as best as possible. I read on the blog that a few weeks ago you had a stomach ache and something in your eyelids. I haven't heard or read about your allergy for several weeks, so I hope you are feeling better about it. I suffer allergy so I can understand what it is.

I want to write to you about different matters, so to make reading a little more bearable, I've decided to write different letters to you, each one focused on a specific issue.

I've read some reports and also what you write on the Monkey Warrior blog and it´s exciting to imagine the activity and all the services that are being carried out in Santa Eulalia and the entire process of filming the movie "The Diary of a Traveling Creature". I think is fascinating and the reports they have published on the blog are very good, very explanatory, well detailed and synthetic.

The plan I have in mind today is to be able to spend all of February in New Asoka-van with you and the devotees, doing any service you need. And what I most want to do while i'm there is working on the production of 2 books that I want to publish: I've thought and felt strongly and for quite some time that I would very much like to write a book for you, which is written by me but under your instructions and supervision, and that it is published under Your authorship, is the work format known in literature as "ghostwriter": I write it under your full direction, you review, approve and the book is published with your name as the author. A basic working format may be that you simply dictate to me and I write, or I record and then transcribe, always based upon your ideas and thoughts and feelings and words, your direct message or whatever you want to share; Another format could be that you send or give to me some of your manuscripts so I can order and transcribe them and shaping the book step by step, or another way could be that you want to publish a book based on your classes available on the ASA channel on Youtube and/or on the letters from the Monkey Warrior blog; or even only you speaking focused on this idea to a new way of life for the human being conected with the nature, the sacred, the spirituality life... the simple life living from what the land that we cultivate gives us and the elevated thinking towards the sacred... for example.

The other book that I want to write and publish would be based on conversations between you and me and other devotees you want to invite to participate (conversations that of course I've got to prepare and also brace myself). Titles usually placed at the end, but to give a general idea of ​​this book I've thought of titles such as: "Conversations with a Vaishnava" or "Dialogues with a Vaishnava"; I really like the word "Vaishnava", so I think it would be very nice if this word appears in the title. This book is to be published under my authorship (but also written under your full direction, your review and your approval before publish). So if you agree with this project, we could schedule some of the days during my stay there in Santa Eulalia to hold these dialogues or conversations, I also want and can make audiovisual recording with mobile phone (very good cam integrated and probably recording with 2 nice phones) and later edit on my own some videos that we can also use for promoting the film.

I think around 4 weeks approx. of focus work (as far as possible) there in Santa Eulalia will be enough to gather all the material which one I will continue working on until I achieve the refined texts to publish (the texts of both books). All production costs involved will be borne by me and we can also receive support in whatever form may eventually arise. I will also ask and request Abhirama Thakur Das for his layout, design, editing and printing professional services.

I know you are very very busy, so I can understand perfectly if you decide that is not possible to do this books project, and I ask you apologize beforehand, it's just an intent to do something good for you and Srila Prabhupada through something that I know and love to do: writing.

In the following letter that I will write to you during this weekend or next week I will tell you:

- summary about my activities during this year, personal life, sadhana, etc.

-a brief report about ASA's activity on instagram and facebook where we publish information about your activities, under the supervision and help of your chilean disciple Arjuna Das and your argentine disciple Jahnava Devi Dasi.

-about 2 devotional visual art projects that I'm directing together with one of my sisters (Viviana Rold - Vrinda Devi Dasi) and who is (and all her family) disciples of Sankarshan Das Adhikari and his wife.

- report on the tribute book for Rodrigo Hernández Piceros.

To finish this letter I want to share with you a phrase that I read recently in the book "Modern Man in Search of a Soul (complexes and the unconscious)" by Carl G. Jung. In his epilogue Jung writes: "I'm convinced that the scientific study of the soul is the science of the future"; So little by little I am understanding why You and Srila Prabhupada appreciate Jung so much. For me he is a fascinating character and I think he probably is one of the greats of the 20th century; of course the greatest of the 20th century is Srila Prabhupada, indisputably, irrefutably.

Thank you very much Maharaja for all that you do for us and for allowing me to be able to somehow receive your mercy and your loving kindness.

HpS - ASA -- ﻿😕﻿ AgtSP. Paoho. I think that the best thing would be to try and do something by internet to start with. The book that we wanted to do first was Tava Pache Pache. We dictated it a little each day after Mangala arati and it has taken almost 10-years to transcribe, edit and format.

I don't think I have anything special to dictate that we are not already doing.

Pancha tattva or others can take dictation and type.

How can we relate these efforts to the production of the movie and not distract limited resources from the project?

How are your Bhoga offers to your Deities??? 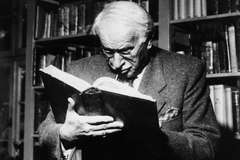 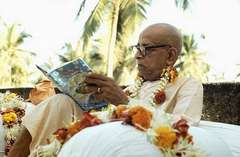 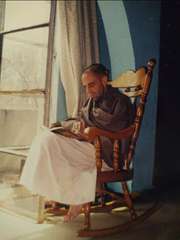