1 day, 11 hours ago by Namacarya das in Calendar Development

So nice to talk with you.

The time is fine, but we have some connection with the SB classes in Hawaii at that time on Thursdays. What about day before or after??????? 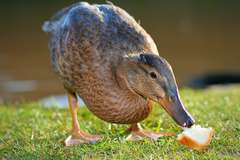 1 month ago by Ambarisa Maharaja Das in Calendar Development

All glories to you guru dev

I hope you are recovered in your body energy.

HpS - As we advance day by day by day.... Like donkeys ... in Krsna consciousness, it becomes better and better.

We have spoken with Jagad Guru in Chile to coordinate your visit to South America. He has told us that your stay in Chile would be between April 29 and May 12.

HpS - No! See the letter we just posted to him! Suggesting, 15 April to 29th April, but we could arrive our leave a little earlier, if things are happening. https://monkeywarrior.com/detail/10919/

We are organizing your visit with Rati Manjari dd in Buenos Aires, Would be from April 8 to April 29, 30?

Are you coming from Peru on April 8? and returns on May 12, 20 or 25? After your stay in Chile, you return to Argentina and then return to Peru?

For your Visit to Argentina We can organize with Bernardo Nantes a presentation at the Human Vocation Foundation, we also have a exhibition of Indian photography that may interest him to show in their building and accompany the event.

HpS - Yes! Of course, we should start discussing the themes that are important and have indevidual meetings with people and then more public events to inform broader public.

We can also organize in the University of Salvador With Carlos Rua (director of oriental studies) and Bernardo Nantes (dean of the university of philosophy and oriental studies) some presentation or seminars. Carlos Rua has told us that he offers us the University, their classrooms, auiditoriums and advertising from the university. These events can be for students and the general public as well as special guests.

The Indian ambassador to Argentina has expressed her [his] pleasure in meeting him and meeting again. We could organize a meeting. 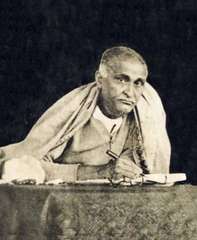 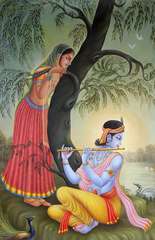 Finally, I can write you well. This week was one of the worst in my job. I used to have an assistant but three weeks ago the company promoted her, because an emergency in the other branch, since the father of the chief of the other space was evicted so she travel to the north of the country to stay with him until the end.

Sometimes this kind of things helped in the workplace to have a more philosophical topics in the lunch break, that give us the chance to share things like:

– But it wasn’t a too much terrible thing. She was a God’s devotee. When doctor said to her that she would die in 6 months, her replied something like OK. That’s it. We will finish then. And the doctor reply that always when he gives the bad news the people react in a very very very not calm and easy-way either, at all.

And my colleagues reply: What? She doesn’t put herself under a powerful treatment like chemotherapy. –No, this would be an expensive thing. He just approaches to a doctor who work in alternative system who recommend to her became vegan. She did it. Finally, she lives one year and half more. SO, when the died is close this kind of things are part of the conversations. The people reflect about it.

Max Delporte, the startup founder who borrowed us the computer, explain to me for example that he’s no completely afraif of death but is afraid about the death of others.

Anyway, Is supposed that someone else will coming soon to be my assistant again. But ultimately my boss and I we are inventing a new position for me again, coming back to my last position, taking care of the whole community and the culture of iF (Ideas Factory), but now of the 8 branches. We’ll see.

So, the news that you can come here arrived with surprise and happiness in the devotees.

Definitely, there is a negligence of our movement regarding the women. And this could be very harmful in Chile. I remember one my college female teachers confessed to me that she felt very enthusiastic with Krishna Consciousness in her student days, but when she went to the temple honestlyy she was shocked after to see that the women were outside the temple, despite the raining, and the men were inside, warming. It seems that the explanations to her then, were much worst. I lived a similar thing a couple of year ago when I invited some of my classmates, one Brazilian women included to the ISKCON Hyderabad. The prasādam room of women was not too much light, no images of Krishna in the walls, and even not too much clean.

So, this attitude against women in our movement could be very harmful to our development so your idea to talk about this is such a cleaver and very necessary idea.

HpS - For us it is one of several important issues. For example, the development of our Sanyasa ashrama so that they find real Brahminical engagement, because real, fearless leaders, is also and important issue to me. Of course, they are related. It Sannyasa ashrama is leading, then we will not tend to see people prominently from a bodily concept, no?

One example of the leading Chilean feminist movement

On the other hand, I talked with Visvanatha Cakravarti Thakur -and with Kishori Mani a little bit- and we all had the same conclusion, is a very sensitive topic to cover if we pretend to invite people outside because we have really extremist feminist women here.

I would like to share one example about how the way how is lived this philosophy here is particular and even, that even it gives examples to abroad.

I say philosophy because, for example, the book co-authored by our known David Haberman, now is entitled “Thirteen Theories of Human Nature” (Oxford University Press), because the seventh edition adds a chapter on feminist theory to those already there like Confucianism, Hinduism, Buddhism, Plato, Aristotle, the Bible, Islam, Kant, Marx, Freud, Sartre, and Darwinism.

“Las Tesis” is feminist Chilean collective -Valparaiso specifically- that created a song called "The rapist is you" but is a protest with movements. There is an English slang for that: “flashmob”. The people sung something, and the people make a particular movement connected with the words. And it become completely viral in the world, literally thousands and thousands of women replicate this musical protest.

I’ll share some of the links of worldwide press covering of the phenomenal when arrived it to their countries. A general clipping:

CNN: Women staged a flash protest outside the courthouse where Harvey Weinstein is being tried

The Times of India: An Anti-Rape Song to address violence against women

Euro News: ‘A rapist in your path’: This Chilean feminist anthem is spreading around the world

The Guardian: ‘The rapist is you!’: why a Chilean protest chant is being sung around the world (Feb 3th, 2020)

HpS - We looked at the first three articles but none of the video clips. I have to smile and say I am afraid of being Assaulted by the videos!

So, after the conversation with Visvanath we had a conclusion:

One option is to have a festival for the internal public, devotees. Covering the mindset of devotees. Maybe participative, with talks. Actually, this day is free day, because is the Day of Employee, is a free day.

A good place to do it is the temple, but Of course, we have a serious division here in Chile now, and the 30% maybe 35% of devotees don’t attend the temple in protest, so maybe be is better to find a neutral but big place to invite to the devotees to know more about the misconception and the evidence about the presence of women in the history of our tradition and movement.

Other option is making the public event, probably not in the temple, and invite to general people to understand that our view about women is much wider that they think. Vishvanath suggest invite one or two female devotees to talk there to share their experiences with the public there.

What do you think?

HpS - AGTSP. Paoho. I tell many people about my experiences with Feminism in Chile. It seems we should do both. Have an internal program and an external program. You would know better than I how we could arrange both so that there is no disturbance to Srila Prabhupada's community. [I don't find Amara-gauranga Das' number on my Whatsapp anymore! Can you send it here. I won't publish it].

Whether they are male or female, some people are demons and some people are Godly, deva/asura, so we avoid the demons, offer our ideas to the innocent and share ideas with the devotees, and LOVE K-R-S-N-A! [Picture below].

There is a devotee very active around him here.

The gurus always spend big festival in the big temples like Buenos Aires or where there are Radha Krishna deities like Chosica. And always here in Chile the big festivals a lot of people come, a lot, but the lecture is given by ourselves. It would be so nice that you could received all this people from outside that come here.

The devotees could encourage themselves to have a Drama , never does in the last years.

The first days of the second week could be to organize and meeting to the big program of November, 1st,2nd is already planned the event of the Religious Department of the Católica. The idea would be meet them finally in may.

Regarding the Colloquium canceled in November, The Universidad Católica teachers tell me that now in march they will have a meeting again to fix the date of the . Summer holiday is going on now here. But Elvira told me that they re planning the Colloquium to May and June. So, with Arjuna think that if we help them to organize this event about taking care the environmental from the spiritual perspective, they could convince of putting before, in the middle of may, like 19th may, it would be nice because you could be here.

Excuse me for the extension, it happens when I let pass too much time without writing you.

HpS - I am not sure what the actual dates are that you are suggesting for Chile. I think they are the same as ours.

Is rough idea, but we should fix it soon. If others can't fix their dates then we should fix ours and then let them adjust to ours as they can. Light in the Darkness. Ha! Ha!

If it is necessary we could return to Lima later, like 20th or even 22nd if it is very important.

What do all of our readers think. It is one month in Peru and only two weeks in Chile-Argentina. Better is like 2.666 weeks each one?﻿ 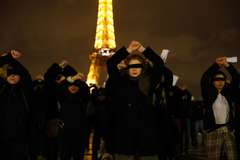 1 month ago by Ramananda in Calendar Development

His Holiness Hanumatpresaka Swami will give Srimad Bhagavatam Class this Thursday at 6:00 AM, Hawaii time on https://e-sanga.org/. Here is how to join the class.

For detail on the class and to listen to past recordings please visit: https://e-sanga.org/classes/srimad-bhagavatam/ 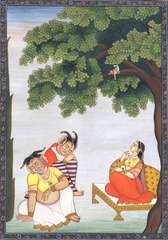