1 day, 12 hours ago by mittalga in Other

Hare Krishna! Pranams! Namaste! This is Gaurav Mittal. I hope you remember me. It has been almost 9 years since I had last conversation with you. I read your blog quite regularly.

HpS - Honestly I think about you pretty often!! How's the wife and family? How is your self relization.

Suppose we see object like table outside. Is there really table outside as we see it? When light hits the retina, special cells called photoreceptors turn the light into electrical signals.

ASA - Rods and cones. We studied psychology, perception in the university. We think that we have a smart ass!

These electrical signals travel from the retina through the optic nerve to the brain. Then the brain turns the signals into the images we see.

HpS - Oooop! WIthout the Paramatma, Atma, and Mind (Which uses the brain, no?) they would not be 'turned', no?

ASA - Sure!!! Look up optical illusions on the internet and you'll see how we see things differently again and again based upon the senses, the mind, the intelligence, the soul....

Can those electrical signal convey true reality? Where does object truly exist? It only exists inside in mind in form of image, perceptions and sensations projected onto mind. If we look deeply, we will find that independent existence of object outside is just a belief. Object independently existing outside is convenient, consistent and practical belief.

ASA - Social convention, toys maintained by the SUpersould for the noisy children.

In terms of reality, we can be sure of only one thing. That awareness or consciousness in which object appears exists.

ASA - This is Brahman realization, no? Then Paramatma, I can realize that I have relation with a Super-self, Paramatma, Collective sub-conscious.... intuition, insight.

Bhagavatam describes this mental filtering of true reality as illusion. Few verses which describe it:

SB 11/7/7: My dear Uddhava, the material universe that you perceive through your mind, speech, eyes, ears and other senses is an illusory creation that one imagines to be real due to the influence of māyā. In fact, you should know that all of the objects of the material senses are temporary.

SB 11/23/49: Persons who identify with this body, which is simply the product of the material mind, are blinded in their intelligence, thinking in terms of “I” and “mine.” Because of their illusion of “this is I, but that is someone else,” they wander in endless darkness.

Different experiences like pain, pleasures etc are in the mind and I am totally distinct from mind. They don't even touch me. This is beautifully described in Bhagavatam.

Upadhi means to appropriate some other quality as oneself. There is awareness and there are objects which awareness (atma) is aware of. There is seer (Atma) and seen (objects). I (the seer) has appropriated objects (not self) as self. Rupa Gosvami says - sarvo upadhi vinirmukta - devotional service starts by not appropriating these upadhi - which means to rest in ATMA and not accept body and mind as belonging to self (mine) or as self (me).

Thank you very much.

HpS - Thank you!!! We kind of gave our idea above and discussing a whole chapter, SB 12.5, here would be hard, but after considering our comments, maybe there is some subsequent ideas, verse, from the Uddhava Gita!!! 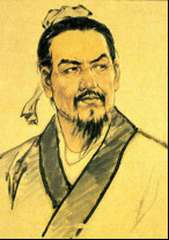 1 week, 4 days ago by Patrak das in Other

ASA HpSwami - Thank you. We are dying but if we receive personal energy from Krsna we can do something in this Sankirtan movement.

Give us evaluation and instruction for this little bulletin.

Japan library will do bank wire transfer - they need an invoice

2 weeks, 2 days ago by aja.govinda in Other

Please accept my most humble obeisances. All glories to Srila Prabhupada and your service unto him.

For the Japan library, they can do a Bank Wire Transfer and to do a money transfer, they are requesting an invoice or like a bill with the book and it's price. Do we have an official NIOS letterhead or official NIOS invoice.

Here is the letter from the Japanese librarian:

Please send your invoice at your earliest convenience.

Upon receipt of it we will send our remittance by Bank Wire Transfer.

Your prompt procedure will be highly appreciated.

Thank you for you essential help in this area for NIOS. We were little delayed in dealing with this as we did not have Word on our computer until yesterday so we could not write a proper invoice.

Then we looked at the price of the book.

Then we went to the UPS, FedEx and DHL sites and went through the mechanics of getting a quote on shipping costs to Japan. That took about 1-hour of hard work. The Estimates came back at $170, 170 and 150 respectively!

So, I responded to your e-mail with this info so you can ask the library if they have a less expensive means of shipping, and whether they still want to order the book.

Ooof. So much technical work. We can only do so much a day.

It is satisfy in some respects. To do battle with the robot and win 14/11.

3 weeks, 4 days ago by npdas in Other 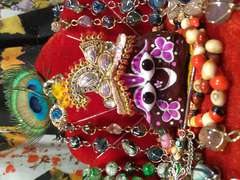 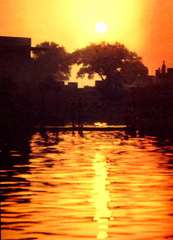 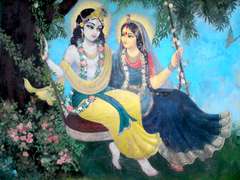 3 weeks, 5 days ago by Juan Espejo Thorndike in Other

3 weeks, 5 days ago by Patrak das in Other

HpS - Jaya!!! Jaya! The monkeys were throwing rocks while the Raksasas were using smart missles, but the monkeys were winning because they were blessed by Mother Sita!! 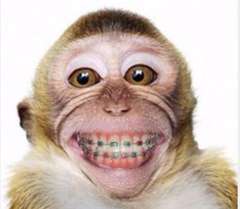