1 week, 4 days ago by Dhanisthadevidasi in Other

All Glories to Srila Prabhupada!!

All Glories to You!!!

1 week, 4 days ago by Victoria in Other

All glories to Srila Prabhupada🌷

All glories to you🌼

Because of you, I begin to understand Srila Prabhupada's books. I remember hearing your classes for the first time and feeling how everything became to have sense and depth meaning.

Because of your effort to keep us busy in Krishna consciousness, to constantly inspire us, to be so exemplary and transparent is reason that I can make some advance in spiritual life.

Your words guide me through this vast philosophy, in which I would be lost if it weren't for the perspective you show us.

The power of your realizations give strength to my faith.

You are a living proof that this process is genuine and works. Your unconditional love, your patience and generosity feed my bhakti creeper, which struggles to grow in the middle of so many weeds.

I want to offer you my existence, I want to leave all selfishness, illusion and obstacles to be a useful particle in this great Sankirtan movement.

HpS - Thank you. Trying to answer all the letters!! Thank you, but 90% of our potency is just the mercy of Srila Prabhupada to do something with bad tools! AgtSP~~~ You explain things in your circle now! "Yare dekha tare kaha..."

1 week, 5 days ago by Carlos Rold in Other

At the end of this message: proposal of new text about Dr. Samaresh biography for Wikipedia.

Thank you very much for letting me try to be an instrument of our Eternal Lord.

I just wanna be your servant,

HpS - ASA --- Thank you for the patience to deal with our sincere but slow moving efforts. Thank you. Sent your the very nice PDF of the award ceremony for Professor and the accompanying bio-data. If you integrate that with this information, especially citing a source besides NIOS, then it should pass the Wiki-police, no?

Samaresh Bandyopadhyay (born May 3rd 1942 in Calcutta, now called Kolkata) is an indian Doctor of Philosophy, scholar and professor. He belongs to an illustrious family of scholars famous for patriotism and philanthropic activities. In his youth, Professor Dr. Samaresh Bandyopadhyay was a brilliant student of the University of Calcutta. He has received several scholarships, research fellowships and a gold medal for classifying First Class First at B.A. (Hons.) in Ancient Indian History and Culture. University of Calcutta is his alma mater and he served in that institution for over four decades in different academic areas and retired in 2007 as a professor emeritus. He has written 10 books, 25 essays and more than 300 research articles published in indian and foreign specialized magazines.

He is associated through different functions (Honorary Fellow, President, Vice-president, Advisor, Editor and Member) with different learned institutions in different states of India and other countries. Professor Dr. Samaresh Bandyopadhyay is now a Fellow of the Royal Asiatic Society of Great Britain and Ireland, also a Member of the Advisory Board of Sthāpatyam (Journal of the Indian Science of Architecture and Allied Sciences) from New Delhi, and he is the Principal Advisor of the North American Institute for Oriental and Classical Studies (NIOS), USA, which promotes worldwide the study of the History of Science building bridges between the ancient knowledge from West and East.

- Āchārya-Vandanā (D.R. Bhandarkar Birth Centenary Volume), edited by Professor Dr. Samaresh Bandyopadhyay, released by the then Prime Minister of India, Her Excellency Indira Gandhi, and commended as "one of the best Indological publications of the century and the best of the type" by Sir Harold Bailey of Cambridge University, U. K. 1985.

- Thoughts on Synthesis of Science and Religion, also edited by him with Dr. T. D. Singh of Berkeley University (U.S.A.), incorporates contributions from as many as five Nobel Laureates. (YEAR OF PUBLICATION?)

- Bhārara Saṁskriti (Presentations at the Three Day International Seminar on “Importance of Early Indian Culture in Making a Better World”), published from the U.S.A., 2015.

- Nelson Wright Medal of the Numismatic Society of India (Varanasi). 2012.

- Honorary Fellowship of the Ancient Sciences and Archaeological Society of India, Mysore, Karnataka. (2014?) 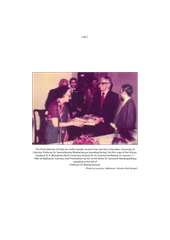 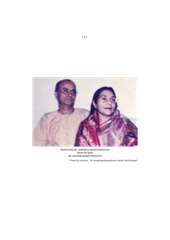 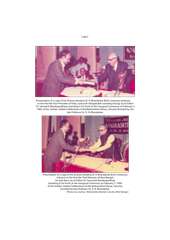 2 weeks, 1 day ago by Patrak das in Other

2 weeks, 5 days ago by yajnasenidd in Other

Please accept my humble obeisances and all glories to Srila Prabhupada. Maharaj, my marriage was arranged by my Krsna conscious superiors. I experience frequent physical violence in this marriage for 2 years. Is it right for me to continue on like this?

HpS - ASA --- Hare Krsna! AGTSP paoho. Of course, this is a frequent encounter and yet one question is who is being violent. I knew one person very intimately who was never physically violent with his wife during marriage, but she bit him with intention to do physical damage two or three times.

Of course, it maybe the exact opposite with your situation. Maybe the husband is biting the wife.

Eventually she filed for divorce because she required him to eat meat with the family etc and he told her in strong terms that he would never do it.

Talking with him many years later he felt that she was actually a very nice person, but neither of them knew how to adjust the social situation back in 1974. At that time if you were a vegetarian in here common, family society it meant that you were probably a Communist or a Homosexual also!

Knowing what he knows now, he feels pretty certain he could have adjusted things.

Looking in our asa-encyclopedia we found the best source are the Verses and Purports starting with SB 7.11.25. They are fanstastic.

Please read and discuss them (with your other real advisors), and please give us some more thoughts on the matter. 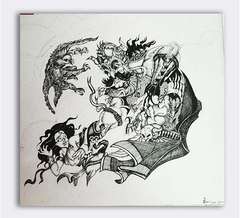 "Time factor which combines all the physical elements"?

I have a question from Krsna book, chapter title - 'The story of the Syamantaka Jewel'.

In the 16th paragraph,it is mentioned that - "Jamabavan continued:"My dear Lord, the time factor which combines all the physical elements is also Your representative.""

What does the statement -'time factor which combines all the physical elements' mean? how does time combine physical elements? Generally from what i have heard in modern science, time is a fourth dimension taken along with the 3 dimensions of space but have not heard anything relating to this statement.

HpS - ASA - AgtSP    Very nice question but it will take some time to answer. Vedic view of nature is much more mature than Western science. Even Nobel Laureates like Charles Townes appreciate it.

Start with read through of Lord Brahma's explantion. Available at the following link. Then get back to us if you so please by your mercy.