1 year ago by jagad.guru.das in Personal Sadhana Reports

Like I told you in our phone call, unfortunately, we lost the Bhakta Rodrigo Hernandez Piceros's body this morning.

HpS - AGTSP. Paoho. Prabhupada says that Death of a Close Relation is like saying goodbye to some one who is leaving on the airplane for some time. Yes, there is natural feeling of separation, but there is also certainty that we will meet again. There will be phone calls, and our 'Daddy' is going to China on the boat for 14-months so that we can have a prosperous life and help the world.

He was such a good devotee, great soul, that his next body is going to be so much more useful for his self-realization.

He had two heart attacks last night, from there his father carried him to the Hospital. He fight there for his life, but ultimately his heart couldn't resist early in the morning. It was a natural death. Some poets friends of him and Arjuna Das told me today -at the Church where were his body- that he were having problems to breathe properly and he got tired quickly after to walk, and he have said to Arjuna about a constant chest pain in the last weeks. In our walks with Carolina with him from the Temple to his bus station in the last Sunday that we did, he asked us a couple of times to walk slower.

His diabetes (a disease which double the chances to get heart attacks according medical studies) just complicated more the situation to his body.

HpS - Krsna gives us lots of warning usually, no? Old age is the general warning. Old age is a good friend to a devotee.

We are planning, like we have heard that is auspicious, a celebration in his honor, three days after the person leave his body, it means, Sunday morning Nityananda Trayodasi, in the temple. Yagña, Kirtan, "Soul" Talk, Prasadam. Friends and relatives are happy with the idea. Do you have a suggestion for that?

HpS - We sent them. Have his picture there and offer Kirtan and plate of Mahaprasadam. After death we are wandering around in the subtle atmosphere sometimes, but that has form, original forms. So if we populate it with good thoughts of him he can take advantage of those.

Now, something personal: Please, help us to know what we can do for this special soul. I mean, this boy (because his mind was always like a children) had a deep effect in the Santiago community. More and more devotees, even Prabhupada disciples, are expressing their sorrow for this lost.

I was always very impressed with him. He was much more advanced than me, much more. He used to call me me "friend" and "siksa" but it was me who learn from him, his really spiritual qualities. He impressed me every time that we talked because just to see how sweet heart he had, and the nice words that he has for everyone, no matter if they were present or no.

HpS - Dedicate your life to expanding his service then there will be no separation from him.

He, factually, REALLY, was disabled to speak something bad against someone. And I met him more than 10 years ago, and meeting him in a regular basis. Never. And this quality of him is proper of the first kind of devotee (anya-nindadi sunya hrdam). Even, sometimes I tried to test him, and every time I was defeated.

Always he defend anyone who commit mistakes in the service, always he was merciful and compassionate. A devotee told me today how he try to justify all my fails and negligences in my service. I envied his sweet heart. Maybe because, because, before your departure of this platform, I would like to be a better offering to you, with a cleaner heart. But Rodrigo already had this kind of heart.

Krsna said to his parents -once that Kamsa was killed- three powerful slokas about take care the parents. The first ones are:

"With one’s body one can acquire all goals of life, and it is one’s parents who give the body birth and sustenance. Therefore no mortal man can repay his debt to his parents, even if he serves them for a full lifetime of a hundred years." ( SB 10.45.5)

"A son who, though able to do so, fails to provide for his parents with his physical resources and wealth is forced after his death to eat his own flesh." (SB 10.45.6)

In some way or one way or another he had this knowledge, and he lives accordingly. He wasn't happy completely with that but still he fulfill it, he was always worried about his parents, their health wasn't good and stay long hours at the grocery shop was exhausting for him, however, leave them alone was never a real option for him.

And finally, He always think about how help you, it doesn't matter if you just leave us. The entire year he was thinking how to useful for you. He really live the separation service mood.

Actually, I'm attaching the pictures of his already published book. "visiones, sueños y mantras". He told me on January 18th (I have the audio) that this book is the major achievement in his entire life. 3 years of work. He see the book as an opportunity to improve our PR to you.

Actually, he wanted to have an event and music with Lalita and Juan Elgueda, and even asked me to stay in the table with him and other people, to speak about the book. So, now we don't know what to do about it. I think that we should organize anyway. His plan was march.

Rodrigo is a really advanced devotee, I feel happy to know him more closely. But I have post on his facebook saying "Oh, Is the departure of my best friends". So, it seems that he was a best friend of a lot, another quality of a mahatma.

Im crying a lot now so I think that I need to stop here.

Thank you for your constant blessing upon all of us.

An aspirant to be your humble servant

HpS - Srila Prabhupada talks about "neophyte pure devotees". Externally they are on the third class platform, not following the rules for a madhyama adhikari, but that is a result of lack of experience, strong karma from previous life, but actually they can have more faith in the Holy Names than a properly initiated second class devotee.

Will he take birth in ISKCON again?

Did you attach photos? They are not showing yet. 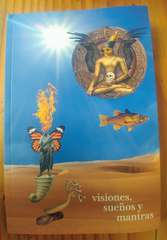 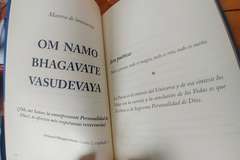 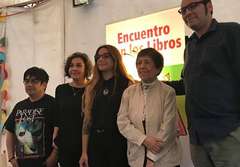 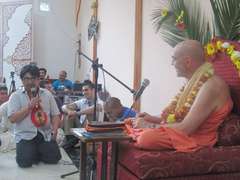 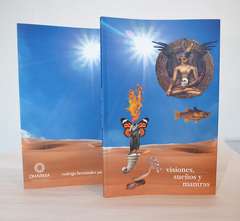 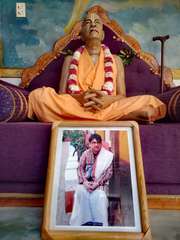 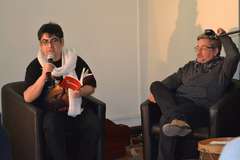 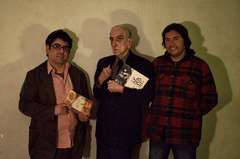 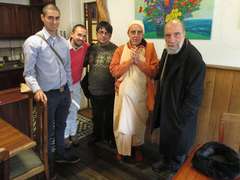