4 years, 3 months ago by Nick Delffs in Personal Sadhana Reports

I just spoke with Anant Rupa Prabhu and he told me about his conversation with you regarding initiation and marriage.

Anadi Radha and I think that it is a perfect arrangement.

I would be very greatfull to receive initiation from Gopal Krishna Maharaj on your behalf(13th of July). Then marriage on the 25th of August (Lord Balarama’s Appearnce day!!!) in your presents. (presence)

Thank you so much for this correction.

Can I send you beads through express mail Thursday morning?

I apologize for the lack of communication and transparency on my part. I can’t believe that our planing developed so much without consulting with you. I am still learning about this relationship between the Guru and disciple.

ASA - We also!  Up and down. Left and right.   Transparency was O.K. Consulting was delay.

I look forward to speaking with you tomorrow morning.

HpS - ASA --- Yes, we had a nice conversation: You, me, Anadi-radha Devi Dasi, Ananta-rupa Das.  As I understand your aobve letter is 97% correct ... BUT  ....   We are still making this point that after initiation you are not going to be exactly the same person. So, you, anadi et al, have to adjust your local plans, e.g. marriage, in terms of the new situation.  O.K.  Six weeks is a short time to do that, but may be O.K.  Again, read the Marriage of Kardama and Devahuti in the Third Canto together. That is the ISKCON Marriage Manual. See if you agree with all he ideas that Prabhupada includes. E.g. the picture below relates. 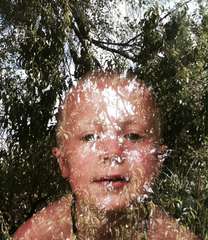 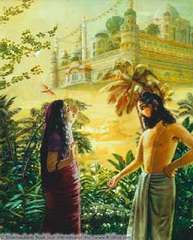