10 months ago by Dhruvānanda DAS in Sankirtana / Temple Activity Reports

Dr. Mabbett and his good wife kindly welcomed me into their home. I was in their association for nearly 4hrs. Dr Mabbett and I recorded an interview for 1hr and 20 minutes about Dr. Mabbett’s history and experience in education, as well as some philosophy and a discussion of what is sacred, and pedagogy in general. Then they fed me vegetarian risotto and chocolate cake. One of their friends heard I was coming and came for lunch also. She was with us all the first time we went to visit Dr. Mabbett together in 2013. The mood was very friendly and they have invited me back next time I visit Melbourne. After all Dr. Mabbett years of study and education, he sees family as sacred and his message to leave behind is that as educators we need to find ways to get people out of the boxes they are trapped in due to technology (smart phones) and group think.

Education and the Sacred 2019

HpS - I think Solaris has reached its deadline for submissions this year, but we will be publishing lots of stuff. I would suggest that you just send the above description of your visit to him as news and then included explanation of the future of the recorded interview. Give little bio-data of Dr. Mabbet.

Quick, simple, off within 24-hours.

I have been doing service in the pujari room for 3months, once per week. Its in the evening, cleaning paraphernalia. Very nice, quiet time. We steal Krishna’s heart by stealing the hearts of the devotees. We steal the hearts of devotees by serving Krishna along side them.

On Prabhupada’s appearance day I finally sat with the Temple President for 30-45min. Actually I was watching my daughters in the play ground at the time and he came and sat with me, starting a conversation about how quick children grow up. His only child is currently leaving the nest at 17 years old.

I told him how, for two reason I investigate popular knowledge paradigms; the first is to deal with my own doubts and test if I truly have the highest knowledge and the second is to learn how the world thinks the way it does. I explained that what I do is I study a people until I find what their philosophy is standing on, paying careful attention to their language and concepts and then do three things; once I see that their philosophy is but a part of Prabhupada’s I gain conviction and confidence that my path is the highest, I defeat their philosophy using their own langue and concepts, and I present Krishna consciousness in their own language and concepts. For example, I can present acinyta bedha abheda tattvain terms of panentheism, which is a theology that developed out of A. N. Whitehead’s process philosophy. Temple President was very pleased and he pulled out his homage to Srila Prabhupada, in which he mentioned that currently ISKCON is lacking in the area of making sure we are understood by the public and that’s because we haven’t taken the time to understand them. We spoke about a great many things, relating to Prabhupada and his movements changes over time. Prabhu mentioned how Srila Prabhupada changed his tactics six times before Hare Krishna explotases. He also said that many devotees join due to one aspect of Srila Prabhupada’s teachings but then they cannot adapt with the time place and circumstances being too attached the the aspect they joined for.

It was a very productive conversation. My generation must find ways to connect with the generation above us for a smooth transition into the future ISKCON.

Recently I received an email from my gurumaharaj offering me the opportunity to take second initiation. Although I am extremely unqualified, I will not miss this opportunity to progress on the path of Bhakti.

Currently everyone is doing well in our family. Dhanesvari DD is maintaining her weekly service at the temple with the accounting, as well as maintaining our children nicely. My in-laws are in good health and enjoying their retirement. My daughters are thriving in all aspects of child life.

My sadhana is going on but it always can be better. When I am under a heavy load from university, work, family etc. I meditate on HH Jayananda Goswami building ratha carts and just try to focus on how what I am doing is service for guru and Krishna, minute as it may be in comparison.

I have been giving yoga philosophy talks at New Govardhan’s Krishna Village yoga school, and yesterday even my good wife and I drove to Brisbane to speak at the same Urban Monk program that usted spoke at in 2017. It was a great program with 25 quality guest who were engaging deeply with the content of my talk. The talk was title “Life after ego dissolution”, in which I spoke on BG 7.4-5 and took the guests on a journey down into the death of the false-ego and then a reawakening of the true self in Bhakti. Even my youngest brother, who is currently studying maths and physics at that university, came with his girlfriend, which was very good for our relationships. Also HH Lakshmi, Sriman Raktak Prabhu’s eldest daughter, was at the Urban Monk program. It was so nice to see her there full of spiritual shakti while she studies at university.

HpS - It is so nice to see people becoming devotees inspite of any material defect.

Thank you very much for everything maharaja. I would not have about 95% of what I have in my life right now if Krishna did not arrange my meeting you.

HpS - Srila Prabhupada is keeping after us through so many inept tools.... we can only hope that you mature your path more and more. very scrutinizing to perfect your self quickly.

There was Indiana Jones!

Now there is Australia Dhruva! 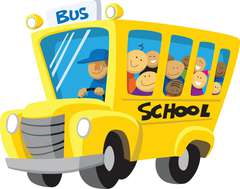 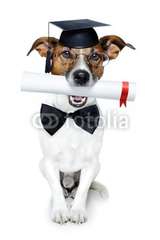