12 months ago by hps in DTC

NGD had to go to the Emergency Room for dizziness for CAT Scan. (Image Attached). They could not find much but he came home and went right to bed.

We were very unhappy with ourselves that we did not do enough yesterday. We even felt weak to chant! Yet, when we compared ourselves with Prabhu, it helps.

He is the same age as we are. He puts in more hours than we do but maybe it is not as intellectually or politically challenging. He took much better birth than we have.

Guess we are doing O.K. We rest and overindulge in Bananas and World Classical Literature. We feel that hurts Srila Prabhupada, but as soon as there is some energy or something we can dovetail in Krsna's service we do it.

We got our Social Security Income re-established. That is $500/mo for ASA.

We researched Cartoonists and their styles.

We prepared and did our Hawaii class - Two hours with references from the Britannica.

Wrote four pages of hard copy DTC and answered all the URGENT mail.

Ooof! Guess it's O.K. Krsna is so kind, he accepts even a little service!!!!

You're not tired. You're thirsty. Drink six glasses of water a day. 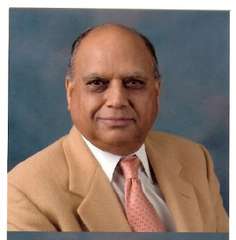